The Earth is indivisible – 7 YEARS

The topic of the art and culture festival “48 Stunden Neukölln” (48 hours Neukölln) in 2009 was “Humus Neukölln”. As an artist I was inspired by the topic because I love the Earth. To me it is living material with a quiet voice that we humans do not, or not enough, listen to. The consequences of this disregard are noticeable worldwide.

I think it is vital to refrain from the idea that the Earth is just a physical globe that soars through the universe and circles around the sun which its life depends on. By this mechanical and material philosophy, the Earth was taken away its identity, was desecrated and exposed to exploitation. Maybe we are only beginning to understand today what our original ancestors meant by saying: “The Earth weeps!”

With Neukölln being home to people from over 160 different nations I came up with the idea to collect earth from all those nations. To achieve that I asked friends, relations and neighbors to collect earth in a glass jar. If possible, the “jar of Earth” should be wrapped in a local paper, to protect the glass but also to refer to where the earth comes from.
The Earth Carriers where also asked to translate the sentence “The Earth is indivisible” into their national language and tell it to me.

In the beginning of March 2009 I contacted the migrants’ associations of the 160 countries and asked them to participate in the project “The Earth is indivisible”. In April/May I sent the same request to 90 Goethe Institutes worldwide. The resonance to this action was positive. There were really jars of earth and newspapers pouring in. The letter exchange is collected in two document folders which make part of the project.

The installation “The Earth is indivisible” was shown for the first time with 33 jars of earth + 27 newspapers at the exhibition ‘NATurBAN’ during the festival “48 Stunden Neukölln” in the “Alte Post” in the Karl-Marx-Straße. Many visitors were excited and were spontaneously inspired to participate in the project.
All the earth samples that were handed in for the project since the first exhibition come from visitors of the exhibition or people who have heard of it.

Above all, it is because of the enthusiastic and heart-warming reactions of the visitors that I am still working on this project. This fact also led to the expansion of the collection which is no more limited to 160 nations of Neukölln, but open to the whole world.

The project “The Earth is indivisible” has been shown at various exhibitions during the last 7 years and has now found a permanent home in the Erdemuseum – Earthmuseum. 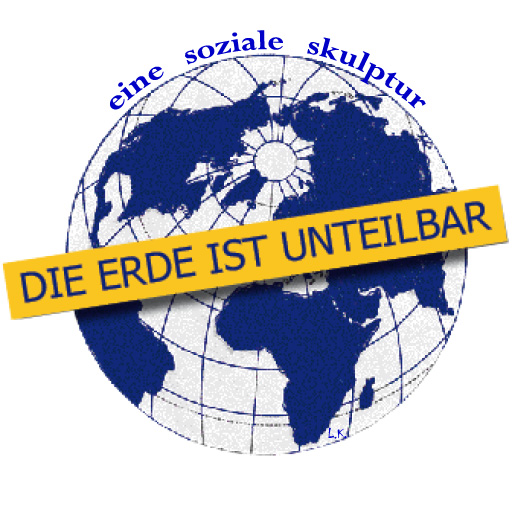